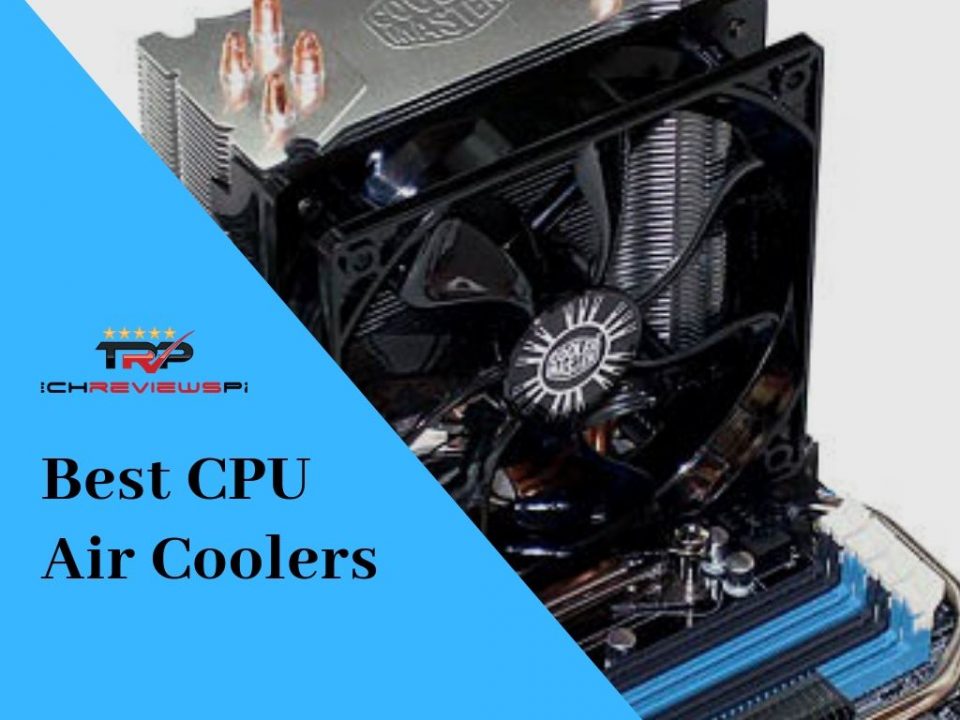 When you plan to customize your own gaming machine and need a robust computer that performs great and has better storage ability so you can enjoy your professional gaming skills, you can’t just rely on the normal cooking fans available on the market to keep your desktops cool as you work. These coolers may be suitable for desktops with normal usage, but since we are talking about the gaming machines of 2019, you can’t rely on anything than the top CPU coolers.

Now that you are sure that you need the best CPU cooler to keep your gaming desktop working well while you enjoy your game, choosing the best one for your desktop may be a tricky choice as the options are many. But, what’s even confusing here is that the cooling devices are available with different technologies – Air cooling and liquid cooling.

So, before you start your hunt to buy the best CPU cooler online, it is very important to know everything about the coolers, their features, where to place them and everything else you’d want to know. These all-important questions without a simple answer, but the required knowledge is the key to make a smarter choice.

So, we bring to you the detailed article where we will describe everything about the CPU coolers and also display the list of top 5 gaming desktop CPU coolers online. Let’s get started!

What are CPU Coolers?

The CPU cooler is the fan that you would have surely noticed on the top of your motherboard. It starts as soon as you hit the ‘On’ button of your desktop. CPU Coolers, or central processing unit coolers, are designed to remove the excess heat generated by computer components. The CPU coolers ensure that your computer maintains an acceptable temperature because too much of heat may be harmful and may lead to damage your desktop’s motherboard or other components.

While most of the latest computer components are manufactured with heat reduction technology, but there is a lack of effective ways to remove all the generated heat without a separate unit. This is why you need the CPU coolers, to throw the access heat out of your desktop.

Unlike the old days, CPU coolers are not just those same fans that would work as exhaust fans to throw out the access heat out of your desktop CPU. They, now come with better technology. Hence, there are two types of CPU coolers available on the market:

This is the most common form of CPU cooling, which you would have always noticed on the traditional desktops. Air cooling utilizes CPU fans as exhaust fans that fans work alongside a heat sink. The heat sink on your computer’s motherboard absorbs the heat from critical energy-producing components. The air CPU coolers kick in to dissipate the heat and provide ventilation.

Air CPU coolers may be traditional, but they are the preferred method for the vast majority of users.

If you are not too much into the computing thing, then you may be a bit surprised with this type of CPU cooking technology as water may damage the motherboard. However, liquid CPU technology is the top preferred one, especially when it comes for better performance and when you are using heavy machines. Not just they are designed to deliver better cooling performance, they are much quieter, and as an added bonus liquid cooling setups just plain look cool. But it’s essential to know that liquid cooling isn’t necessary for everyday users. It is designed only for the power users and overclockers as they are probably going to want the extra heat reduction, which is only possible with liquid cooling technology.

Some people may claim that liquid cooling is more maintenance heavy as they are prone to rust and/or leakage over time. However, the fact is totally opposite to the claims. Most liquid CPU coolers are closed looped systems and the liquid is made to last until the pump goes out. This means you need not to worry or change the liquid itself.

Let’s begin the list of our top CPU coolers with Dark Rock Pro 3. Since we are going to talk about the best CPU coolers that are designed for rigorous and powerful gaming machines, the price shall not be a constraint here. Be quiet! Dark Rock Pro 3 is a large and expensive air cooler that comes with impressive performance and incredibly low noise levels. 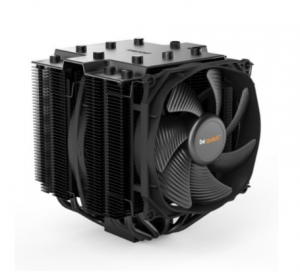 Just like its name, this cooler looks fantastic too. Be quiet! Dark Rock Pro 3 is finished in black, with a brushed aluminum top to the heatsink and fan section.  And it’s also smaller than its competitors. It may be a small one –with dimensions of 150 x 137 x 163mm – but it’s still a brute of a cooler.

When talking about its features, the Be quiet! Dark Rock Pro 3 comes with 2 x 120mm fans and 5 heat pipes. And this has been tested by experts and rewarded with the title of ‘Quietest air cooler,’ hitting just 33.9dB under load. The cooling power of Be quiet! Dark Rock Pro 3 is excellent, with this being the second most effective air cooler ever tested, after the Noctua.

Installing this cooler may be a tough task, but since you are going to take the trouble only once in a lifetime, it seems not a bad deal, especially when you unbeatable performance.

When talking about the list of the best gaming PC coolers, Noctua is the most trusted brands among global users. Recently, the company also launched its latest cooling device – NH-U12A. This cooler really is gargantuan, featuring 140mm class performance in 120mm size. This CPU cooler comes with 7 heat pipes, which more surface area and a dual fan configuration with state-of-the-art NF-A12x25 fans. Its impressive technology lets the NH-U12A to rival many 140mm size coolers! 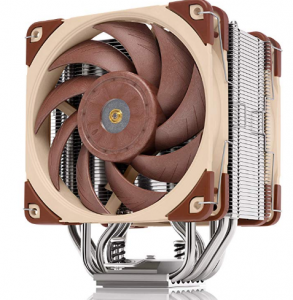 It comes with state-of-the-art NF-A12x25 120mm fans with Low-Noise Adaptors and the automatic speed control technology for great cooling performance under load and it’s virtually silent at idle! What’s more, despite its size, this is actually a fairly easy cooler to install and the credit goes to the high-end NT-H1 thermal paste and SecuFirm2 mounting system that makes it very easy to install on the motherboards. You just need two screws to attach it to the base. Just make sure to have a long screwdriver as the screws are reached from between the two heatsinks. And you get complete 6-year manufacturer’s warranty so there’s no more stress involved with this brand.

Overall, this is a smart-looking cooler with intelligent technology – assuming you don’t mind the slightly odd brown and cream fan color scheme.

If you are a beginner and need a cheap CPU cooler to keep your system working well even with rigorous usage, then Arctic Freezer 7 Pro is the best suitable option. This is not just cheap; it’s small, easy to install and a powerful CPU cooling unit, making it a great upgrade for cash-strapped buyers. Unlike others on the market, Arctic Freezer 7 Pro is tiny which means this doesn’t stray wider than the stock cooler you get with your CPU. 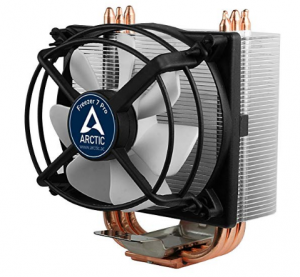 Since this is a small CPU cooler, you can’t compare its performance with the big boys, but it still comfortably kept our test CPU well below 70oC and the noise was notably very less.  So, if you are not hammering your CPU 100% all the time, this one is the best pick that will not just keep your desktop cooler, but also save your hard earned money as well.

Here is another name on our list that comes from Noctua. This one is a huge air cooler that is designed to deliver exceptional cooling and quietness, for a price. Measuring 165 x 150 x 161mm, Noctua NH-D15 is not something that you can fit into any CPU case, but you need a grand one for this. You may need to double-check the amount of room available around the CPU socket too. 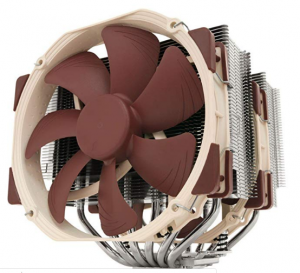 It also stays the quietest in operation, with a noise level under load of just 34.1dB. Of course, it’s not the quietest one available out there, but you can’t notice the noise even.

And the best part here is that you can install it easily as it comes with a crossbar system so that just two screws are needed to attach it to the base. Have a long screwdriver as the screws reach from between the two heatsinks.

It may seem a costly CPU air cooler, but it’s also the best you can get. And when you are in no mood to compromise with quality, you can’t think about ignoring the Noctua NH-D15.

This one may be not the cheapest, the coolest or the quietest CPU air cooler, but this one is packed with performance, designed to keep your heatsink and the desktop working even with rigorous usage. The Phanteks PH-TC12DX combines good performance and looks at a decent price, which makes it the right pick for budget-friendly people who are also looking for a better product. This is available in white, red, blue and black colors so you can make the pick as per your specific choice. 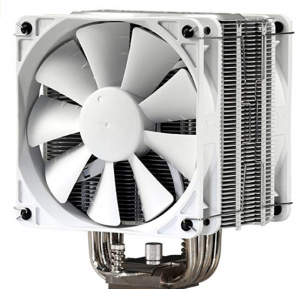 Its build quality is excellent too and you don’t need to worry about its life. From distance, it looks like the back panel of your windows Air Conditioner with shiny nickel-plated heat pipes and painted radiator fins.

It features two 120mm fans, which means this isn’t completely oversized, unlike its other competitors like Noctua NH-D15 or Be quiet! Dark Rock Pro 3. So, if you have a small or medium sized desktop case, it will fit your case easily and won’t interfere as much with other components in your build.

Apart from being very easy to install, the Phanteks PH-TC12DX performs really well too. It’s a bit louder than its other counterparts with a noise level under the load of just 34.5dB.

The above list of the best CPU coolers features the best ones available on the market, ranging from the cheapest ones to the most powerful ones with the Be quiet! Dark Rock Pro 3 being the most powerful CPU cooler here. The final decision depends upon your particular requirements such as the price, the performance needed and how much do you use your desktop. If you are a regular gamer and love playing with the heavy games, it’s great to go only with either the Be quiet! Dark Rock Pro 3 or Noctua NH-U12A may be your best picks.

So, go ahead and explore the detailed features of each of the CPU coolers listed above to make the right choice. Prolonged heating of a computer can be damaging to your desktop’s components due to overheating. So make sure to make a smart choice to keep your device safe and working well with no chances of crashing. 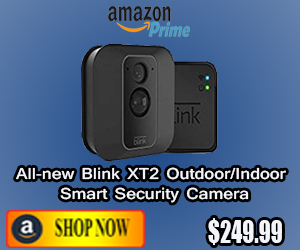